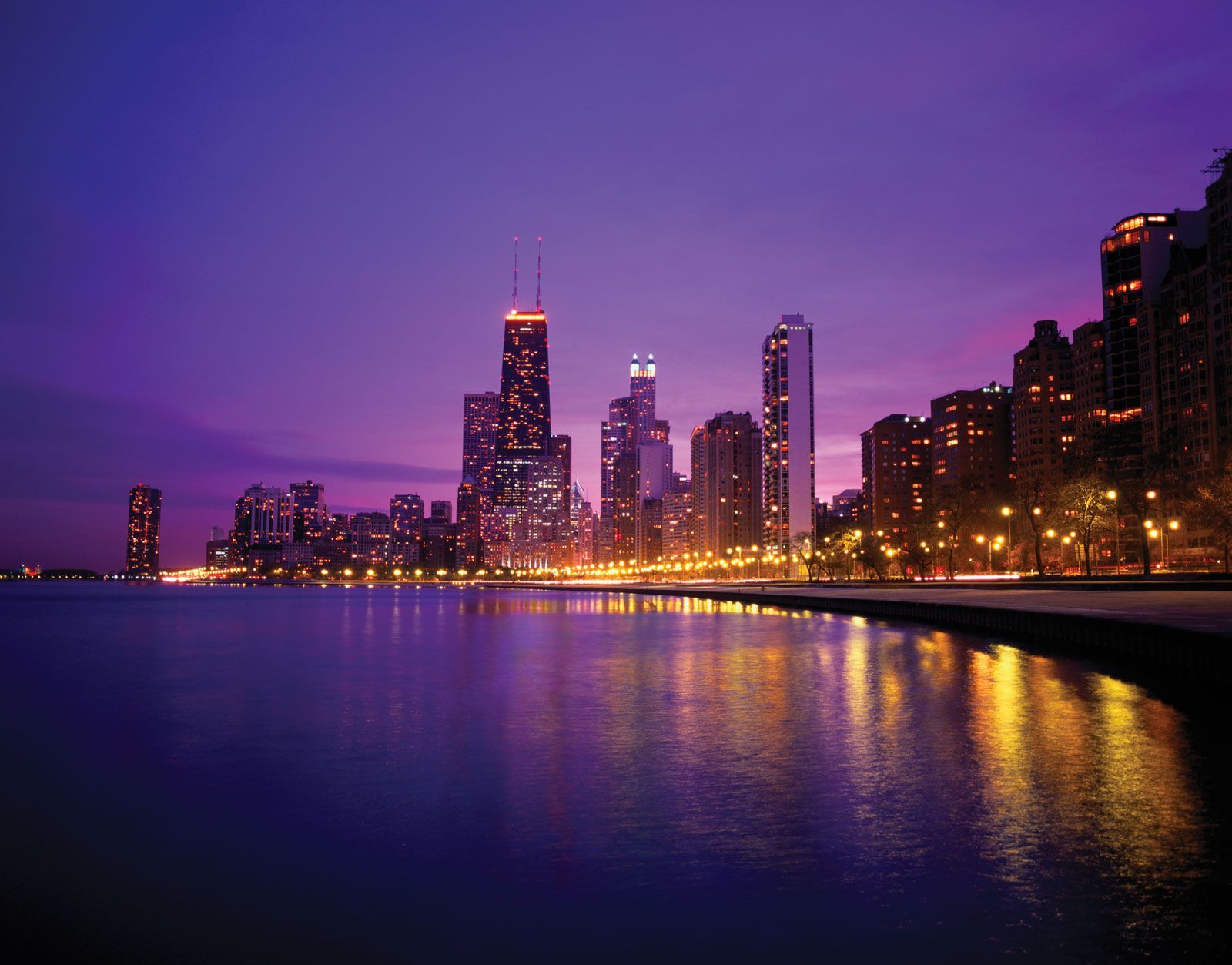 The Chicago Lakefront at night.

I’ve been in Chicago for four weeks now rehearsing the musical "Paradise Square" for an opening at the legendary Nederlander Theater on November 2.

It’s been a long haul since some of you saw "Hard Times" - from which Paradise Square evolved - in the infinitely less spacious Cell Theatre on 23rd Street in Manhattan back in 2012.

But don’t worry, you will not have to trek out here, "Paradise Square" will open on Broadway at The Barrymore Theatre on March 20th.

Over the years I’ve played countless gigs in Chicago and have always enjoyed this bustling metropolis.

It’s really two cities - North and South, and the twain rarely meet. For instance, the North is Cubs mad, while the South adores the White Sox.

Chicago is far from integrated too and that makes it an excellent location for a pre-Broadway run; for Paradise Square deals with the amalgamation of the “Famine Irish” and African Americans in New York’s Five Points before they were torn apart in the Draft Riots of July, 1863.

It’s the story of two brutalized peoples: one fleeing enslavement, the other escaping the Great Hunger. Its subjects include the desire for freedom and the price of immigration.

I’ve been noticing this dearth of the brogue for over twenty years. At first it caused me little concern. The flow of Irish immigration had been cut off before – during the two world wars, and after the passing of the Immigration and Naturalization Act of 1965.

The Irish are dispersed all over greater Chicago now, but their spiritual home is in the Bridgeport area where they flocked after An Gorta Mór to help build the Illinois and Michigan Canal.

But Chicago and every other city in the U.S. now have something in common: You’re unlikely to hear an Irish accent on anyone below the age of 45.

I’ve been noticing this dearth of the brogue for over twenty years. At first it caused me little concern. The flow of Irish immigration had been cut off before – during the two world wars, and after the passing of the Immigration and Naturalization Act of 1965.

Still, you felt that eventually matters would redress themselves, as they did in the 1970s and 80s when many young Irish stayed beyond their visas and added greatly to Irish American culture.

But as the U.S. became more conservative politically, Ireland became more liberal, and after 9/11 and the invasion of Iraq many young Irish didn’t feel at home in this country anymore.

Both Canada and Australia were much more welcoming and suited them better, both politically and socially.

Irish America won’t disintegrate without them. Many young Americans of Irish heritage now spend a university semester or two in Dublin, Galway and Cork.

They even learn to drink Guinness, which most young Irish have forsaken, and they bring back their experiences of modern Ireland and share them with families and friends.

Meanwhile, Irish Americans visited the “homeland” in droves in pre-pandemic days and will likely do so soon again.

But it’s not the same is it? The young Irish who came here in the 70s, 80s and early 90s shook up Irish America. They brought with them their politics, their music, their modern outlook, and most importantly, they settled here permanently.

Most of them have done well. They own the bars now, while others started small businesses and have assimilated into Irish America.

We need the current new breed of Irish to shake us up once again. They are well educated. Few song them will mix cement or head straight from the building site to the pubs like we did.

No, they’re more likely to gaze into their laptops and create giant digital businesses like Stripe, the brainchild of the Collison brothers from Dromineer, County Tipperary.

It’s time for Irish America to demand new and practical immigration laws. With national elections nail-bitingly close, and Republicans and Democrats in stalemate, there couldn’t be a better time to leverage our voting power.

And by looking out for ourselves we could help bring overall change to a fatigued country that’s slowly slipping back into bigotry and nativism.

As few as 50,000 new Irish accents legally entering the U.S. every year would help energize not just Irish America, but the country as a whole.

It’s too much to expect that, like the19th Century immigrant Irish in Paradise Square, they would help create new forms of culture like tap dancing. But let’s once more throw open these creaky Green Card gates and find out.