Home Opinion LARRY KIRWAN: Emigration was a Big Step in a Misjudged Decade 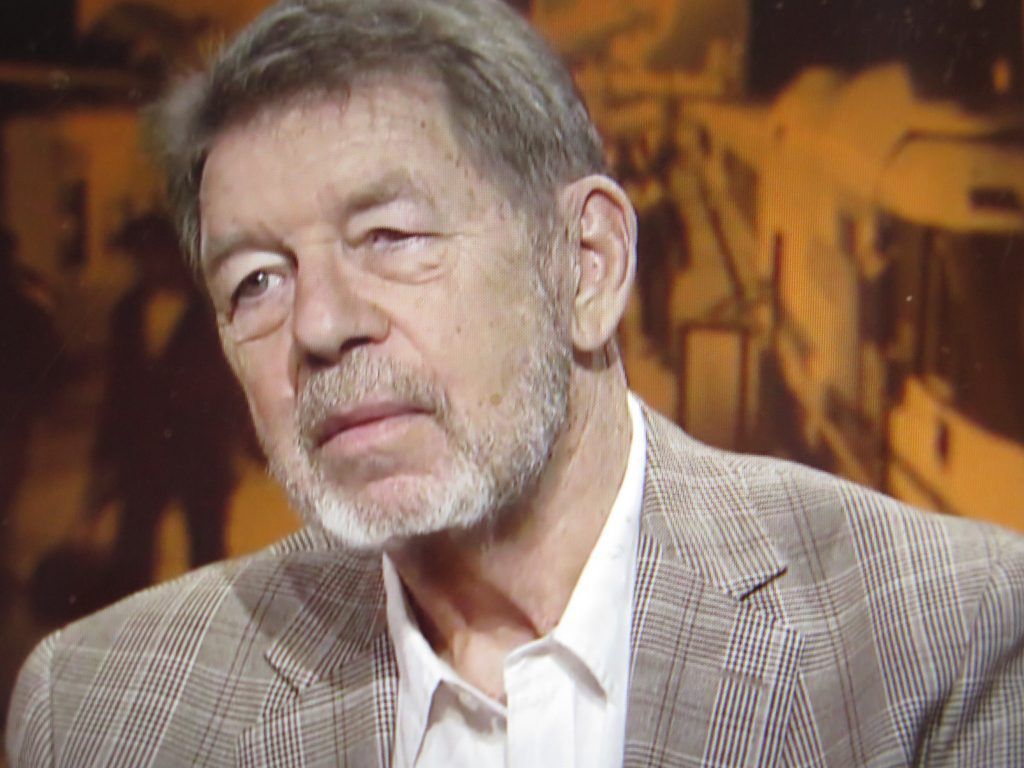 LARRY KIRWAN: Emigration was a Big Step in a Misjudged Decade

Emigration is a big step and yet many of us took it with little thought of the consequences. In my own case I was having a whale of a time leading a Ginger Man existence in Dublin when my brother and friends decided to give London a try.

Seemed like a good idea, but it was the early 1970s, the North of Ireland was literally exploding, and I had no desire to bow the knee to the British government. Instead I opted for a stint in New York. I guess you could say it was a political decision yet I also had a longing to see where the wind would blow me. I had little money but much curiosity and New York was like an open book The 1970s tend to get a bad rap.

Sure, the city was violent, law and order was optional, while President Ford was of the opinion that we should all drop dead. On the other hand, rents were rock bottom, booze cheap and you got each third drink on the house; and besides, the people were stellar. Everyone seemed political to some degree and everything possible, although it’s hard now to put your finger on what was actually achieved. The “Famine Irish” had fought their way up and were now part of the establishment.

January 1, 1966 marked the first day of the NYC transit strike. The successful 12-day strike resulted in the jailing of the TWU leadership and the tragic death of its founder and leader Mike Quill. pic.twitter.com/m5yEvnvRbG

They were lawyers, politicians, movers and shakers, and they owned the bars. Some were progressives, hard-bitten professional men and women who had been influenced by Bobby Kennedy and Gene McCarthy – not to mention Mike Quill and Paul O’Dwyer.

There were poets, dreamers, and revolutionaries too. Voluble people who had ideas, vague and otherwise, that things could be made better for the regular person – even if the regular person had little faith and even less interest in any such notions. Some had left Ireland in a hurry including Malachy McCourt who had been scarred by poverty and religious hypocrisy in Limerick.

Like many self-educated people, he had a way with words and shared them freely. He was larger than life, furiously funny, and generous to everyone except bloviating conservatives and hypocritical liberals. He had a great understanding of history and a burning faith that words, rather than guns, could create change. What that change might be was a little hard to quantify, but those of us who admired him felt it couldn’t be worse than the status quo.

Brian Herron was a piece of history in himself, for he was a grandson of James Connolly and that counted a lot with the New York Irish in the 1970s. Brian tore into a room like a hurricane on steroids – you were never quite the same after you met him. He was an anarchist and one of the greatest persuaders I ever encountered.

I wasn’t the only one seduced by his wayward charm! He was the influence behind John Lennon writing "Luck of the Irish" and "Sunday Bloody Sunday."

After he’d let fly a torrent of words, accompanied by much laughter, you’d find yourself standing on a street corner handing out flyers for some radical event where you’d also be providing music. I wasn’t the only one seduced by his wayward charm! He was the influence behind John Lennon writing "Luck of the Irish" and "Sunday Bloody Sunday."

Talk about being un-awed by celebrity or fame: he was like Joshua outside the City of Jericho – hand him a horn and he could blow down any walls. The guy even learned to play the notoriously difficult uilleann pipes, get his law degree, and persuade the City of New York to give him a building on West 51st Street that he named The Irish Arts Center.

On June 6th 1968, amid cheers of “We want Bobby!" Robert Kennedy was assassinated in the Ambassador Hotel in LA. Friend Pete Hamill said: "Kennedy’s face had a kind of sweet acceptance to it, the eyes understanding that it had come to him, the way it had come to so many others." pic.twitter.com/MXI1F6Ya0x

Pete Hamill was no revolutionary, and he swore off politics after the death of his friend, Bobby Kennedy; yet, he influenced a generation of us immigrants with his columns in the New York Post. I read his work mostly on the subway, perhaps one of the reasons I still have warm feelings for that mode of transport. Pete didn’t start with any advantages.

Like Malachy he never finished high school, but he was one of the best-read people I ever met. Three characters with very different backgrounds and viewpoints - each of them cut a swathe through New York City in the 1970s.

They opened doors, political and otherwise, and bade the rest of us to stroll right in.