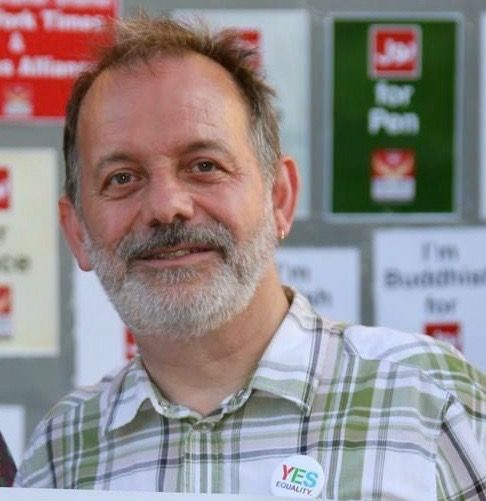 Pic of Day: The Irish American Heritage Museum in Albany is to celebrate LGBTQ History Month with a talk by activist Brendan Fay, “From Exile to Equality – Stories of Being Irish and Gay in America,” on Monday, October 25 at 7 p.m. Fay will exhibit photographs, posters, news clippings and artifacts from his years in the LGBTQ civil rights movement at the museum gathering. He will discuss being Irish and gay during the 1980s and 1990s in New York, including the 25-year campaign for the Lavender and Green Alliance group to be included in the NYC St. Patrick’s Day parade. The presentation and exhibit by Kildare-born Fay are part of a series, "Making Change: Irish Immigrant Activism," which is funded in part by Humanities New York with the support of the National Endowment for the Humanities.