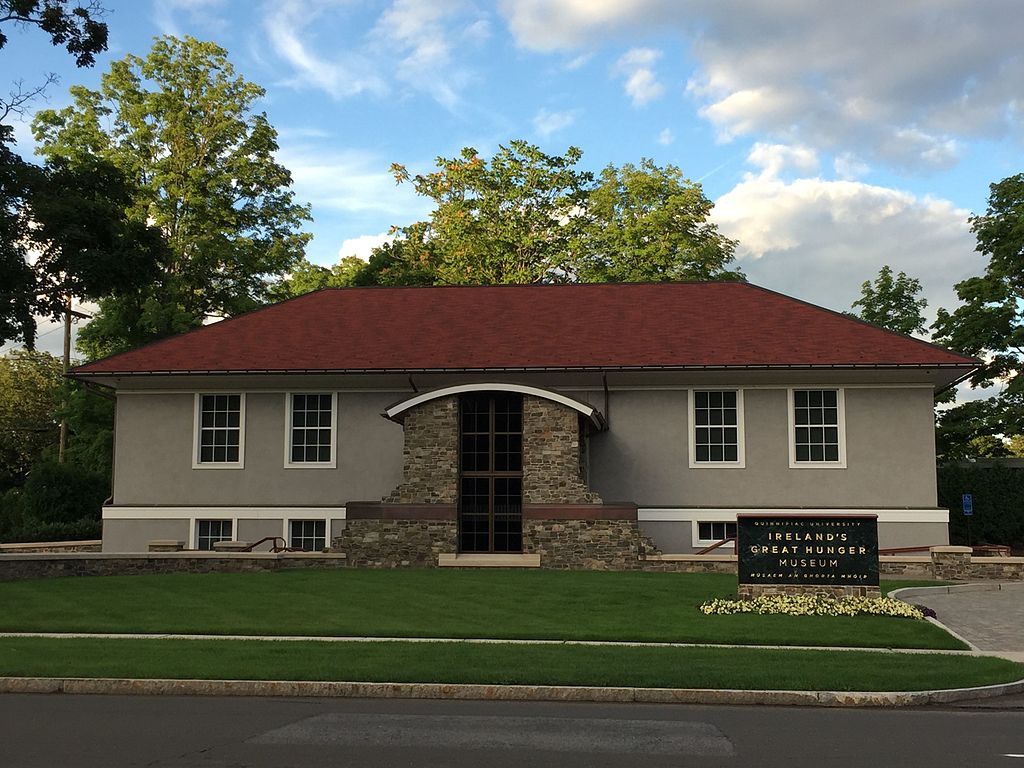 Since Aug. 10, when Quinnipiac University announced that it would be permanently closing Ireland’s Great Hunger Museum, the reaction has been, at best, muted. This is somewhat surprising; when the museum opened, in October 2012, it was universally applauded as a remarkable achievement. The New York Times made clear why the museum was important: “In the galleries of Ireland’s Great Hunger Museum, we come face to face with what really happened.” Forbes Magazine called the museum’s collection “powerful.” The Boston Globe made clear that New England is “a natural location for the country’s first museum dedicated to the famine.” So why no outcry?

I have heard from some that the museum was simply a vanity project of former Quinnipiac President John Lahey. If so, President Lahey has a strange sense of vanity. The museum doesn’t bear his name; it is not the Lahey Museum. To diminish the significance of the museum in that way is both cruel and callous.

The university’s announcement says that they are “in active conversations with potential partners to display the collection.” That isn’t true. The museum is going to be broken up, sold piecemeal, and the museum’s mission will be destroyed.

It is too simplistic to view Ireland’s Great Hunger Museum as an art museum; it is — as was intended, from the outset, by donor and benefactor Murray Lender and President Lahey — a memorial. A unique memorial, no doubt, but a memorial all the same, no different than a statue or a park or a monument to some fallen hero, or some tragic event. Is the museum’s destruction, then, so different from a financial decision to remove a memorial to Sept. 11? The outrage that would ensue, were that done, would be massive, and justified. The university’s decision to destroy the IGHM memorial is no different.

As anyone who has visited the museum can attest, the significance of the art is enhanced by its surroundings. Of all the art in the museum, only two pieces — a stained glass piece called “An Gorta Mor” by Robert Ballagh, and “The Leave Taking,” a bronze sculpture by Margaret Chamberlain — were created specifically to be displayed in this museum. The hundreds of other pieces were created at different times, some contemporaneous with the Great Hunger, others quite recent. These pieces take on a new aspect, a new and greater significance, when seen in the context of Ireland’s Great Hunger Museum.

For example: A piece by James Brenan, from 1876, called “The Finishing Touch” (a painting about a daughter leaving her family to travel to the New World) has an entirely new and deeper meaning, hanging on the wall adjacent to Ms. Chamberlain’s bronze (depicting 17 figures, some climbing a gangplank to board a ship for America). A work by a British artist, Henry Mark Anthony, called “Sunset” displays the Rock of Cashel, a place of great historic and religious significance to the Irish. Painted in 1846, Anthony shows not only the historic Rock of Cashel, but below, in the village, the poverty and anguish of people whose lives were already being torn apart. In another setting, one might miss the anguish of the barely discernible peasants in the foreground. Breaking apart the museum, selling it for its parts, is a scandal, a crime, and a sin committed against the public, but also against the art itself.

Finally, there is a universality about the message of Ireland’s Great Hunger Museum, one that should not be overlooked. Yes, it is about Ireland; but it is also about the starvation in Bangladesh, in Biafra, in Eritrea. It is about the British decision, in World War II, to export food from India to feed the troops — The Bengal Famine of 1943, when perhaps three million died. It is about the Holodomor, the Great Famine of Ukraine, perpetrated by Joseph Stalin, during which as many as 12 million died. The museum hosted a traveling exhibit that addressed the Bengal Famine of 1943, an event I was unaware of, before the exhibit arrived. The issues that the museum addressed are not exclusive to Ireland. Would that it were true, but they are universal matters of concern. When the museum sent a portion of its collection to Ireland, over 100,000 visitors toured the exhibit; the museum brought the story of Ireland’s Great Hunger to the Irish.

For the university to destroy this memorial is an insult, first to the Irish, but also to anyone who cares about injustice and suffering. When the university asserts that “we are confident our efforts will result in placing the museum’s collection on a larger stage,” well, we should not allow that deception to go unaddressed. A dismantling of the museum’s collection would display a callous disregard for the memory of those the museum honors, and those artists who dug deep to portray such suffering. --- Joseph P. McDonagh has been a docent at Ireland’s Great Hunger Museum since 2017. This opinion piece first ran in the Connecticut Post.