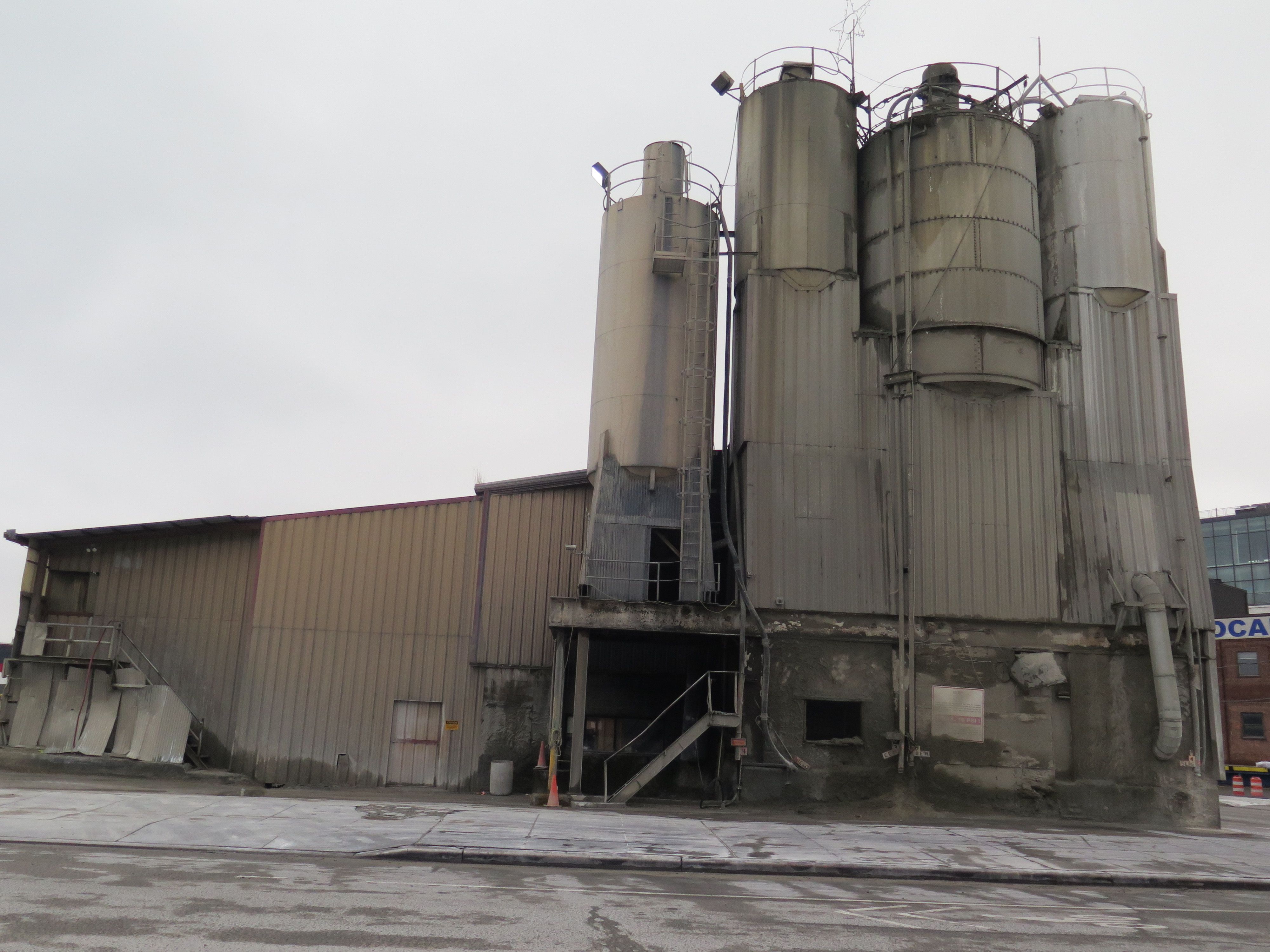 The brewery on 47th Avenue

The stout once flowed at 47th Avenue, but these days Nycon New York Concrete Supply is responsible for most of the productive activity on that block. PHOTOS BY PETER MCDERMOTT

“Guinness and lobster have always been regarded by gourmets as one of the great partnerships – like roast beef and Yorkshire pudding, wild duck and orange, strawberries and cream.” So ran a line in a full-page color ad in the New Yorker that hit the newsstands nine days before Christmas 1950. “The heartening flavor of Guinness Stout just seems to make the lobster taste better than ever,” it continued, before the signoff: “Guinness Stout is brewed by Arthur Guinness Son & Co., Inc., L.I.C., N.Y.”

And so it was, from 1949 until 1954. That’s a full five years more spent in Long Island City than was managed by Amazon, which earlier this year opted not to establish a new base a stone’s throw from the old Guinness U.S. headquarters.

The world headquarters back at St. James’s Gate in Dublin had decided in 1946 on an ambitious plan to make Guinness Extra Stout in New York, instead of exporting its Foreign Extra Stout. The only other overseas production of Guinness took place in its Park Royal brewery in London (which closed in 2005).

The New York story really begins a century earlier, in 1849, when Arthur Guinness’s grandsons Edward and John Burke were granted American distribution rights to the family recipe. The Manhattan-based E. & J. Burke would flourish for the seven decades through to Prohibition. After repeal in the early 1930s, the company revived and expanded to a new location in Queens, near Long Island City’s new Degnon Terminal south of Sunnyside Yards, and it had a new plan – it would make its own stout in addition to importing Guinness. When E&J Burke ran into financial difficulties, the Dublin company bought it and set up shop on the block on 47th Avenue.

John Anderson, who “has 190 years’ know-how behind him,” was sent by Dublin to oversee production. Indeed, the Long Island Star Journal, in a piece on June 15, 1949, said that Guinness would be produced by a combination of “Irish know-how, Irish and American hops and Queens labor.” (Search “JK's Miscellaneous Beer Pages” online for more coverage.)

In its announcement, the company said, “Now you will be able to get the old original Guinness, the same as the Dublin brew of the old days.” Later that summer, it added that the product was also “now on tap!”

The reasons why Guinness decided to revert to exporting Foreign Extra Stout (in a new trade deal with a Detroit company) in 1954 are perhaps a subject for another time. But we might speculate that while its market share had been growing steadily, Guinness overestimated the appeal of the “popular prices” allowed by the reduction in shipping costs. Stout is an acquired taste, most agree, and it seems Americans weren’t acquiring it quickly enough. And besides, Guinness and lobster is a great partnership, for sure, but one doesn't need a big facility in Long Island City to make it happen.

John Gilroy, of the S.H. Benson advertising agency in London, was the creator of Guinness’s toucan in the 1930s. This is one of his works from a proposed American campaign in 1950 that Guinness didn’t approve ultimately.

In a 2014 article, the New York history website brownstoner.com reported some information about the building Guinness left behind. “The modern-day street address for this 1934 structure is found on the 28th Street side (46-24 28th Street), but mail sent to the offices of ‘E. J. Burke, Ltd., of New York, Dublin, London and Liverpool’ was delivered to a long vanished secondary structure at 47-24 27th Street which was constructed around 1923.” That address is now occupied by the International Union of Elevator Constructors (IUEC), Local 1.

Brownstoner described the old brewery building across the street as “non-descript." Inside, though, things have been changing, because while Amazon has taken a pass there are plenty of others willing to step up.

“Cushman & Wakefield has been retained on an exclusive basis to market The Mill LIC, an industrial loft recently repositioned into an ultra-modern office/flex leasing opportunity,” Real Estate Weekly reported in April.

That report and Cushman & Wakefield’s literature refer to E&J Burke and its “incredibly rich history” as the importers and bottlers of Bass and Guinness in the 1930s, but not to the production of stout through 1954.

The flex leasing means that floors in the 54,000 square-foot building “can be leased separately or combined,” according to Real Estate Weekly.

And then it drops in a term that speaks to the neighborhood’s long-term success stories, its false starts and some fascinating chapters from its past: