In the early 1930s, my father, JohnJoe Phelan, having borne the dictatorship of his father until the old man died and having buried his aged mother in the local cemetery two years later, became the master of his own destiny and the owner of a farm one-half mile from the town of Mountmellick in County Laois.

A few years before his parents died, JohnJoe began planning for his future. He knew that upon their deaths, he would have to get his sister, Molly, out of the house so he could bring in a new mistress—a wife. He already had his eye on Annie Hayes, a young woman who lived on the far end of the town in a cottage on the edge of the marsh but still in the bog.

JohnJoe had a plan: he was a good planner.

He had a distant cousin, Kate Larkin, an aged spinster living in the townland of Aganloo, who was the sole survivor of a farm-owning family. Kate was also related to JohnJoe’s uncle Pake Nugent, whom JohnJoe disliked immensely. “Pake’s nothing but a land-grabber!” he would snipe.

With the future relocation of Molly on his mind and with Kate Larkin within a death rattle of the grave, JohnJoe bought a strawberry-jam Swiss roll and set off one Sunday morning in his pony-and-trap to travel the eight miles to Aganloo. He made tea for Kate and himself, then sweetened his cousin’s toothless mouth with the Swiss roll. “Ah, JohnJoe, this cake is nice and aisy on me oul gums,” she said.

Metaphorically speaking, JohnJoe went down on one knee before the ailing woman. “Sure, Kate, I have a favor to ask of ye. I’ll have a hard time getting a wife as long as Molly is living at home with me. Would ye ever think of leaving yer house and farm to her?”

Kate generously told the pleader to arise. “JohnJoe, I’ll be changing me will tomorrow, and when I’m wearing me shroud, this place will be Molly’s. I’m just sorry I’ll miss yer weddin.’”

JohnJoe sliced the rest of the Swiss roll and placed it on a chair convenient to his benefactress. Then he set out for home, the success of his quest bearing him up. But as his pony trotted down Kate Larkin’s avenue, he met Pake Nugent coming up the road on his rattling bike. JohnJoe assumed that Pake, with five sons and four daughters, was about to ask Kate for her farm.

“Did you bring her anything, Pake?” JohnJoe called. “I brought her a Swiss roll.”

“Maybe she’ll give me a bit,” Pake shouted back.

‘It’ll be the only thing she can give you!”

JohnJoe could not contain himself. On the brink of joyful hysteria, he roared out laughter as loud as the bawl of a mare ass.

During the remainder of his lifetime, JohnJoe gleefully repeated this story at least 999 times, and it is likely that whenever Pake Nugent mentioned my father, he sneered, “Bad cess to that feckin’ land grabber.”

Not long after JohnJoe’s visit to Aganloo, old Kate conveniently breathed her last, and soon Molly emigrated to the Larkin farm, JohnJoe driving his horse-and-cart with beds, mattresses, and a few other sticks. His sister drove on ahead in the pony-and-trap; Molly would not be seen in a horse’s cart in close proximity to an equine arse. After all, now that she was a land owner, she had to keep up appearances.

Free of his sister, the clever swain JohnJoe wiped the muck and the cow dung off his wellingtons and set about entrapping Annie Hayes in his amorous tentacles. 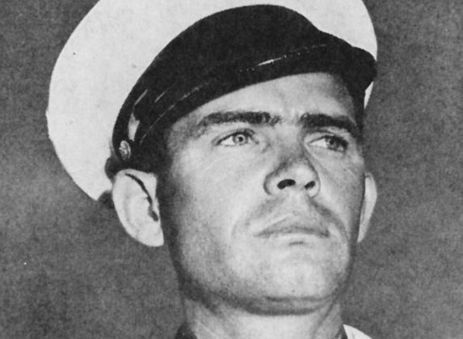