In 1951 the Hollywood crew for Republic Studios and famed Director John Ford descended on the quiet little village of Cong in County Mayo. Little did the locals realize that in the weeks to follow history was going to be made right in their midst. You can only imagine the excitement the visitors generated.

Of course, not all of the villagers shared the enthusiasm, but the endeavor did provide many jobs for locals, and quite a chance of pace for all.

The village and surrounding area became a movie set for exteriors of the film "The Quiet Man," a movie that would gain fame not only as one of John Ford's greatest films, but for being considered by many as a cinematic masterpiece.

After the crew left, in mid-July, and with the release of the finished movie in 1952, the result was that "The Quit Man" was a big hit in the United States even as it, understandably, met with mixed reviews in Ireland.

Some objected to the "stage Irish" aspects of it and others felt that the scene where Sean Thornton drags Mary Kate across the countryside depicted the Irish as chauvinistic and was an example to all the world of how they treated women.

In the village of Cong, however, what became especially noticeable, was the number of tourists turning up to see the places made famous by the movie. Tourists over the years have been able to see a replica cottage and souvenir shop, take tours of the film sites, while Cohan's Bar (which was originally a store) was re-designed as a replica of the Irish pub from the movie and opened for business.

The spirit of "The Quiet Man" still lives then, thanks to local people who work hard to keep it alive.

Unfortunately, the romantic little cottage "White O'Morn," situated in a rural area outside the village wasn't so lucky. It fell into disrepair over the passing decades.

When I visited Ireland in 1999 the cottage was barely recognizable. Many tourists and locals gradually removed stones for souvenirs. However, even the one remaining wall was, to my eyes, beautiful. The footbridge was remarkably well preserved and it reminded me of the movie itself. How exciting it was to step into the past to a place where the actors and film company walked.

In August, 2011, a huge festival was held in the village of Cong to celebrate the 60th Anniversary of the making of "The Quiet Man." Maureen O'Hara, now retired in Glengarriff, County Cork, was the guest of honor. The festival organizers also welcomed Aissa Wayne from Los Angeles to represent her late father, John Wayne.

With the growth of the Internet and social networks like Facebook, there is a new awareness of the "wee humble cottage" and the need to have it restored for Ireland's film history and overall artistic culture.

The spirit and passion for this mission rests with thousands of fans and friends of the film who are willing to do whatever they can to help this dream become a reality.

Hopefully, the Irish government, Irish Film Institute and others will hear the pleas of citizens and movie fans and help make this happen in the not too distant future.

As Maureen O'Hara said in 1951 when she returned to her homeland to make the film: "Ireland is the real star of this movie."

Thanks to gifted cinematographer, Winton Hoch and the Technicolor process, Ireland, in its panoramic splendor, came alive for the whole world all those years ago and it's still alive in "The Quiet Man" sixty years on. 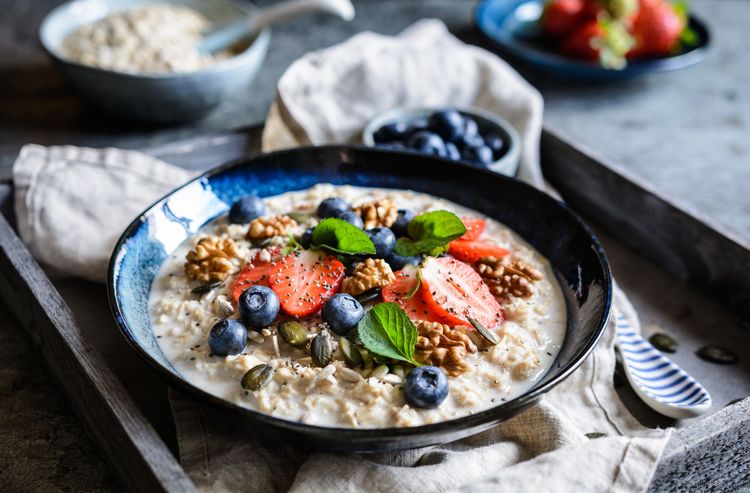 Did you know that January is “National Oatmeal Month”? This healthy grain was grown in ancient China as long ago as 7000 B.C. and the Greeks are be...