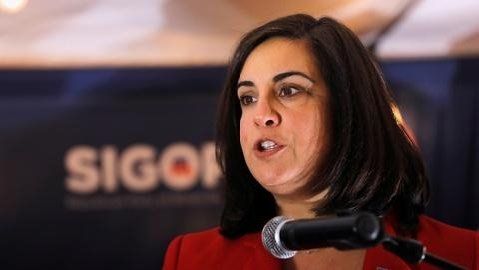 The Republican Caucus within the Congressional Friends of Ireland grouping in Congress has issued a stern warning to the British Government over its plans to ditch the protections for the Good Friday Agreement in the Northern Ireland Protocol.

While expressing support for Brexit, the caucus members caution the British not to undermine the progress achieved since the signing of the peace accords in 1998 by moving unilaterally to scrap the agreement reached with the EU.

“The Good Friday Agreement of 1998 and the ongoing peace process have transformed the island of Ireland, allowing trade and social relationships to develop and thrive. The United Kingdom government’s decision to publish legislation to unilaterally disapply elements of the Northern Ireland Protocol threatens decades of progress.

"We support the decision of the British people to leave the European Union and hope the special relationship will lead to a trade deal between our two countries. However, any threat to the Good Friday Agreement or actions that would lead to a hard border on the island of Ireland would be counter-productive to the goal of a trade deal between the US and UK.

"We call on the UK to demonstrate leadership by promoting the benefits of the Protocol. The Protocol is a fair and balanced agreement that meets the needs of all parties. A jointly agreed solution on the genuine challenges around the implementation of the Northern Ireland Protocol best ensures good relations between the UK, Ireland, and the United States.”

Congresswoman Maliotakis who represents Staten Island visited Belfast in 2015 as part of a New York State Legislature delegation attending the Belfast International Homecoming and at a City Hall reception praised former warring parties on coming together to build the peace.